Provide clinicians with secure ways to instant message each other to avoid putting personal health information at risk?

Improve care and quality of life for patients?

What we really do is provide opportunities:

For healthcare systems — and the clinicians within them — to better help patients.

For healthcare providers to better use data and insight to help themselves be more efficient and profitable.

In ways that help right now: are mobile, immediate and actionable, for split-second decisions that affect lives.

Cureatr fills in the blanks in healthcare information.

How well are you serving your patient populations?

Take our short quiz and find out. 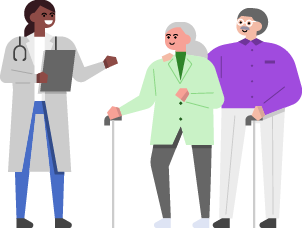 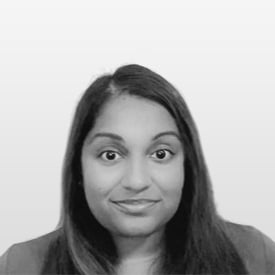 As Director of Clinical Pharmacy Operations, Rose leads all of Cureatr’s pharmacy operations, including planning, recruitment, organizing, supervision, and quality assurance activities. Dr. Abraham also play a critical role in further developing Cureatr’s clinical pharmacy strategy and supporting business development. Dr. Abraham has more than a decade of pharmacy experience, working as a clinical pharmacist in Maryland and New York where she focused on specialty pharmacy and care management via medication therapy management (MTM). Most recently, Dr. Abraham worked for Capsule, a healthcare technology business rebuilding the pharmacy from the inside out. She received her Doctorate in Pharmacy from Massachusetts College of Pharmacy and Health Sciences and is currently an Executive MBA Candidate at the Quantic School of Business and Technology, with an expected graduation year of 2021. 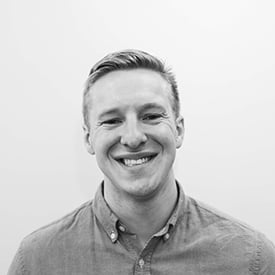 As Director of Marketing, Jake leads Cureatr’s marketing and commercial operations strategies and execution to effectively position and promote Cureatr’s vision and solutions in the healthcare market. Jake brings 6 years of health IT marketing experience, previously serving in several marketing roles at Surgical Information Systems including Marketing and Sales Analyst, Proposal Manager, and Senior Marketing and Communications Specialist. Jake joined Cureatr in March 2018 as Marketing and Automation Manager before being promoted to Director of Marketing in January 2019. Jake holds a Masters Degree in New Media Management from the S.I. Newhouse School of Public Communications at Syracuse University and a B.A in English and Textual Studies from of the College of Arts and Sciences at Syracuse University. 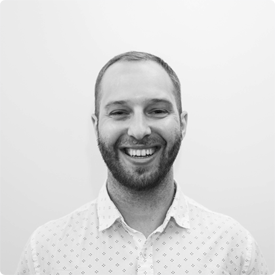 Lucas leads Cureatr’s client services, support, and operations team as the Director of Customer Solutions, helping clients realize the full value of our solutions by establishing efficient process, refining best practices, promoting user adoption, and amplifying the voice of the customer so their input can direct our product strategy. Lucas joined the Cureatr team in 2014 (after time as an implementation consultant for Surgical Information Systems), quickly rising through the ranks from implementation consultant to Senior Manager of Client Services, to his current position. He holds an M.P.H. (Master of Public Health) from SUNY Downstate Medical Center College and a B.A. in Psychology from Syracuse University. 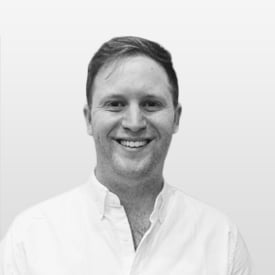 Director of Strategy and Partnerships

As Director of Strategy and Partnerships, Matthew is responsible for Cureatr’s growth-oriented strategy, partnerships, and business development. This includes establishing and maintaining relationships with key channel and technology partners, performing forecasting, valuation, and scenario analysis for M&A and financing activities, and understanding the competitive landscape and key market dynamics to inform Cureatr's commercial and product strategies. Prior to joining Cureatr in 2016, Matt was a product specialist for Symptelligence Medical Informatics, a fledgling healthcare technology startup, and a research coordinator for the Institute for Bladder and Prostate Research where he co-authored three peer-reviewed scientific journal articles. Matt received his bachelor’s degree in English Language and Literature from the University of Pennsylvania. 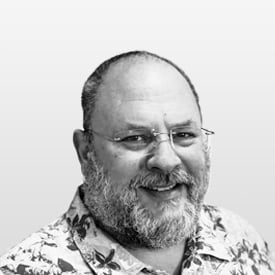 Rick Bunker (he/him) is the COO of Cureatr, the leading provider of Comprehensive Medication Management technology and services. In his role he leads R&D, technology, product and client services.

Before joining Cureatr, Rick was co-founder, and the CEO of Prescription Advisory Systems and Technology (PAST). In this role, he was responsible for strategy and oversight of all facets of the company, as well as capital formation and corporate development.

Rick brings over 25 years of executive experience to Cureatr, specializing in general management and software development team leadership, especially in venture and PE backed companies. He has held executive level technology positions (CIO or CTO) for three publicly traded companies - SEIC, ICGE, GSIC (now a division of eBay) – and was CEO of Reality Online, a Reuter’s subsidiary that was a pioneer in internet delivery of consumer financial services.

In addition to his technology leadership, Rick has worked on over 100 M&A transactions. He is a veteran of the United States Army Security Agency, a graduate of the Defense Language Institute and attended Boston University -- studying Russian Language and Literature. In his personal time, Rick is active in local politics and is the former Vice President of the Jenkintown Borough Council. 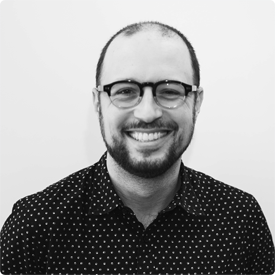 After working as an FDNY EMT and RN in a New York burn/trauma ICU, Ben Duchac had enough of healthcare tech that added more time, more confusion, and more headaches for providers at the bedside. After launching an innovation initiative at NYP, he saw the enormous potential that great tech products have to impact providers and patients for the better, and he dedicated himself to building the future he wanted to see. After a product-focused MBA at Cornell Tech, Ben joined the design team at Quartet, where he worked directly with physicians across the country to integrate data science-driven recommendations directly into their clinical workflows. At Cureatr, Ben is applying an iterative, user-focused process to identify and solve the struggles he remembers all too well. Beyond Cureatr, Ben is an avid road cyclist, photographer, and dad to a very demanding but equally charming 2-year old. 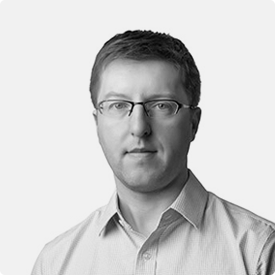 As Cureatr’s Founder and CTO, Alex is responsible for driving the company’s product development and technology, while his vision for a better informed and connected healthcare industry drives us every day. Prior to Cureatr, Alex served as Director of Engineering at 23andMe (which he joined as the company’s first software engineer), and was a Principal Team Architect at PayPal, where among other things, he led the development of the company’s first mobile product. Alex holds a B.S. and M.S. in Computer Science from Stanford University. 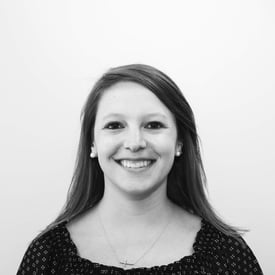 As Director of Finance, Alyssa Lauricella is responsible for the overall financial health and well-being of Cureatr. This includes overseeing the operation of the company’s finance department and analyzing costs, pricing, variable contribution, and sales performance against business plans and goals. Alyssa brings over seven years of finance and accounting experience to Cureatr. Starting her career at RSM US, LLP in the Assurance Department, Alyssa developed a strong, practical acumen in accounting, auditing, and financial analysis before joining Cureatr as Senior Accountant in the fall of 2015. Since that time, she has proven herself to be a dependable performer, helping Cureatr secure financing and building financial models to support the long-term growth of the company. Alyssa holds both a Bachelor of Science in Accounting and MBA from Quinnipiac University. 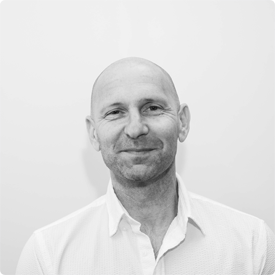 With over twenty years of experience delivering results for venture capital-backed SaaS companies, Richard leads Cureatr as our CEO. Before joining our team, Richard served as CEO of GQ Life Sciences, which he led to a successful acquisition by Aptean in 2016. As a respected healthcare industry thought leader, Richard speaks publicly on trends in technology. (Be sure to check out his TED Talk, “Welcome to the genomic revolution.”) Richard holds an M.B.A. from the MIT Sloan School of Management, an M.S. in Computer Science from Worcester Polytechnic Institute, and a B.S in Computer Science from the University of Massachusetts at Amherst.

Dr. Ross is our Chief Medical Officer, a role in which he helps determine Cureatr’s clinical strategy, supports business development and market validation efforts and drives our research and measurement. A visionary physician and executive with more than 25 years of experience, Dr. Ross is a board-certified pediatrician and previously held executive positions at RxAnte, NaviNet, Prematics, and Varolii. Dr. Ross received his Bachelor of Science and MD from George Washington University, his master’s in healthcare administration from the Virginia Commonwealth University and was named “Top Doctor” by the Washingtonian Magazine.

Want to Join us?

Working with us means working toward better, safer, more effective medication use for everyone. We have the expertise, resources, and technology to make a difference in the lives of patients and physicians. If you have similar goals, perhaps we should work together?

Here’s a few other perks:

We care about each other, feel compassionate toward everyone, and have empathy for people – even when we disagree.

We are honest and open because we want to help and be helped in identifying blind spots in our thinking.

We have integrity in all things.

We are innovative - in product, in process, in each other, because fixing healthcare requires new ideas.

We have fun at work because we like each other and we choose to be happy.

Getting patient medication regimens right is the single lowest-hanging fruit to drive better clinical and financial outcomes. Our vision is a world where people who need medications can access and use them safely and effectively so that they can live long healthy lives in the real world rather than the hospital.

Cureatr is a comprehensive medication management (CMM) solutions company dedicated to repairing the United States’ $528 Billion, 275,000 deaths a year suboptimal medication management problem. We provide real-time, universal access to accurate medication data for over 265 Million patient and high-quality interventions by board certified telepharmacists. We have the expertise, resources, and technology to help you get the meds right and keep your patients out of the hospital.